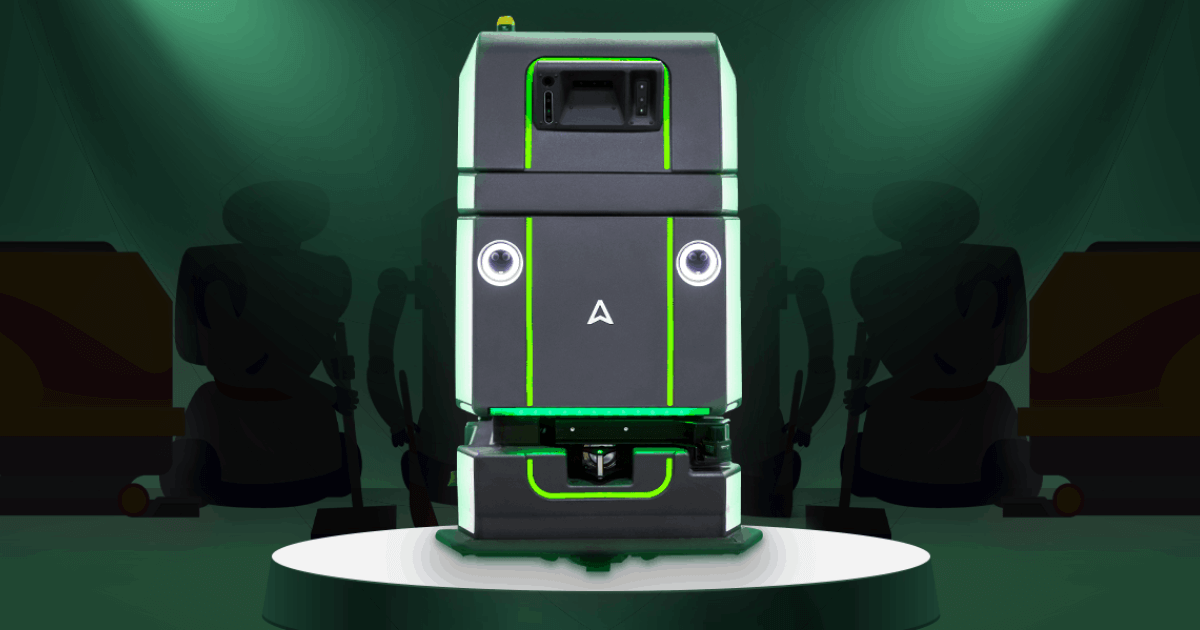 Unlike other semi-autonomous floor scrubbing robots, Neo is a fully autonomous robot, unmatched by others in the market! If you want the best floor clean, then you’ll need the best solution for the job.

But how can you pick the right solution if you don’t know what makes Neo different from others?

There are generally considered to be 5 levels of autonomous vehicles. Ranging from manual operation, such as most modern cars, all the way to fully autonomous, which require no drivers and can adapt to dynamic environments. Referencing this scale, Neo is considered fully autonomous.

In other words, autonomous means that when you press “go”, Neo “goes” fully autonomously, cleaning for up to 6 hours on a single charge.

One of the main differences between Neo and other self-driving floor scrubbers is Avidbots Autonomy. The proprietary AI software that powers Neo leverages data from a variety of onboard sensors. It uses this data to provide situational awareness, enables advanced decision-making capabilities, and reliably completes its two key objectives: determining Neo’s position within your facility and Neo’s best path for optimization towards the task at hand (floor cleaning).

Neo handles dynamic and challenging environments with ease because of Avidbots Autonomy. When considering other self-driving floor scrubbers, they typically operate using the teach-and-repeat principle, only knowing the routes someone on your team has taught them. As a result, environmental changes within your facility will often result in stoppages. A team member then needs to rescue the floor scrubber.

Floor scrubbers using the teach-and-repeat principle are considered semi-autonomous, relying heavily on your team members. This means they'll be left babysitting it day-in and day-out, making sure that it cleans as you want. Ultimately, these machines aren't able to clean without regular and consistent operator involvement.

In addition to Avidbots Autonomy, our Avidbots Command Center also provides unprecedented oversight and performance measurement into your cleaning operation. This includes:

Other self-driving scrubbers provide far less control and accountability. They often require a member of your team to be present on-site to manually help the semi-autonomous scrubber while it’s cleaning. Now that isn’t true autonomy.

The main differences between fully autonomous and semi-autonomous ultimately boil down to three key points:

The combination of Avidbots Autonomy and Avidbots Command Center creates a floor scrubbing solution in Neo that will safely avoid anyone or anything without human input. In the long run, Neo will save you time, resources and money, whereas a semi-autonomous machine will require extensive babysitting.

You should be able to focus on your business instead of worrying about cleaning the floors. It’s time to let Neo redefine how you see “clean”.

To learn more about Neo or to see it in action please contact us.