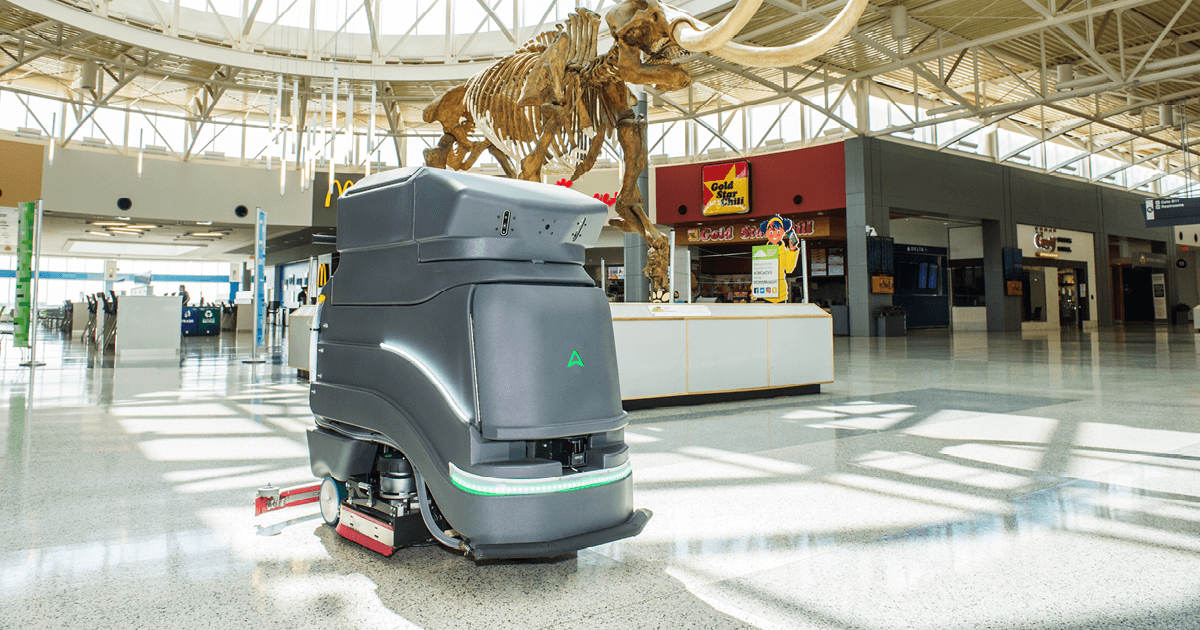 Avidbots is excited to announce that the Cincinnati/Northern Kentucky International Airport (CVG) has become the first U.S. airport to deploy the Neo floor scrubbing robot. As the airport industry enters a new world where cleanliness becomes paramount to passenger trust and safety, Neo will become an indispensable member of CVG’s maintenance team.

CVG Airport is a leader in deploying innovations that advance the airport industry globally. During a pilot program with Avidbots Neo that began in November 2019, an average of 200,000 square feet of flooring were cleaned per week. Neo can operate six hours on a single charge, so the floor scrubbing robot also assists in ensuring routine coverage of highly trafficked areas.

“At CVG, we aim to embrace what’s next in all that we do,” said Candace McGraw, CEO of CVG Airport. “Introducing new technologies to elevate the passenger experience is critical to our business. In the challenging and uncertain times we find ourselves, making sure our facilities are safe and clean is our top priority, so Neo has been a great asset to our team to ensure a high standard of cleanliness is met.”