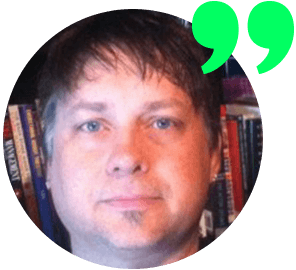 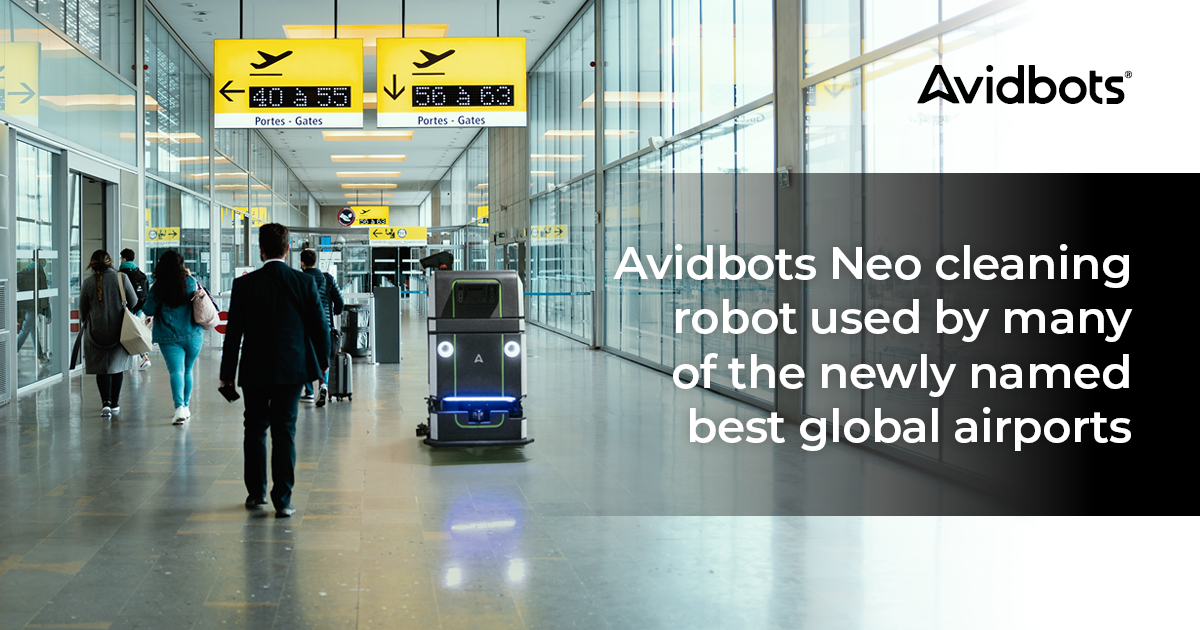 Kitchener, Ontario, July 12, 2022 — Avidbots, a leading Canadian-based robotics company, is proud to highlight the contribution of its autonomous floor scrubber, Neo, to top winners of the 2022 World Airport Awards.

The winners were recently announced in Paris by Skytrax, an aviation rating firm. Reviewing more than 500 airports globally, the annual survey evaluates a variety of traveler-specific topics, ranging from terminal comfort, cleanliness and hygiene to check-in, staff friendliness, taxi availability and much more.

Seven of the world’s top 10 airports, including two of the top three, have deployed Neo, the autonomous floor scrubbing robot. 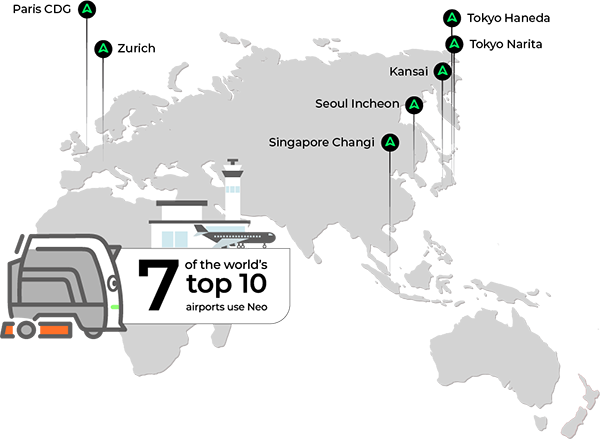 Neo’s contributions were also present in numerous regional categories, including:

“We are thrilled Neo is prominently featured supporting the cleaning efforts of the best airports around the globe,” said Jeff Schrantz, Vice President of Global Sales and Marketing at Avidbots. “Airports see the value of our autonomous floor-scrubbing robots, which deliver an efficient and measurable clean every time. Its use by the top airports on this list is a testament to the benefits Neo can unlock for the industry.”

Avidbots has been revolutionizing the robotic cleaning market since its founding in 2014, recently launching the Disinfection Add-On. The sprayer add-on expands the functionality of Neo, offering customers the ability to autonomously disinfect high-touch, 3-D surfaces.

Today, Neos are being used throughout the world in various high-traffic, dynamic environments including airports and transit hubs, along with manufacturing, warehousing, healthcare, education and retail.

Avidbots is a robotics company with a vision to bring robotic solutions into everyday life to increase organizational productivity and to do that better than any other company in the world. Their groundbreaking product, the Neo autonomous floor scrubbing robot, is deployed around the world and trusted by leading facilities and building service companies. Founded in 2014 and headquartered in Kitchener, ON, Canada, Avidbots is offering comprehensive service and support to customers on five continents. Avidbots is backed by top global venture capital firms, including True Ventures, Next47, GGV Capital, BDC, Felicis Ventures, Real Ventures and Golden Ventures.