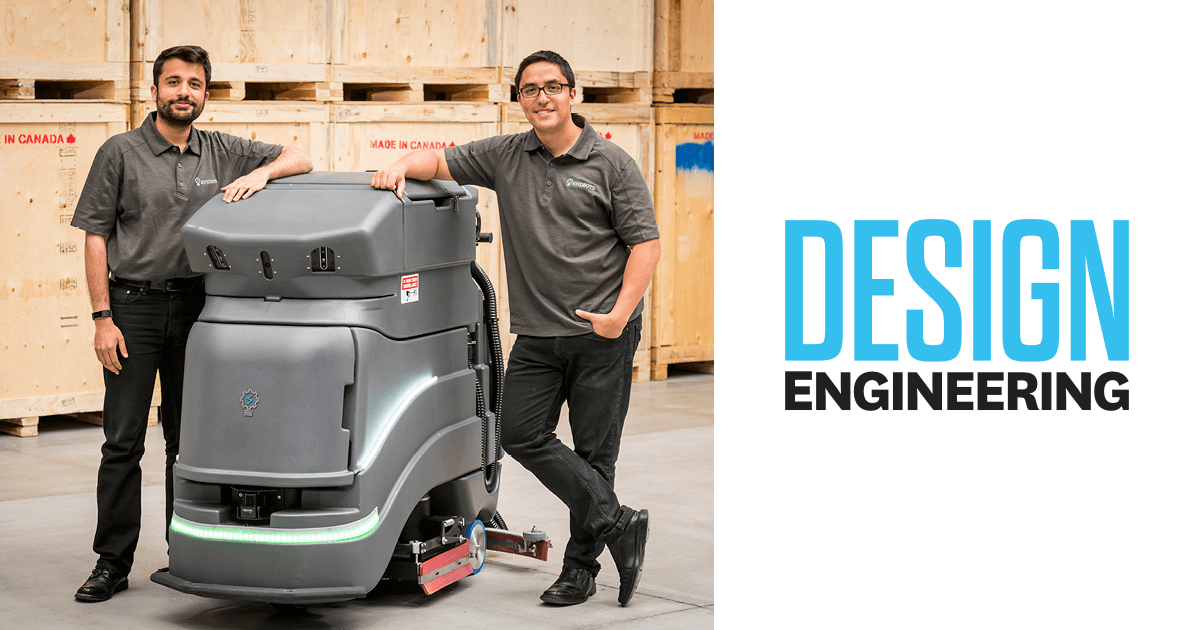 Following last week’s announcement of a new partnership with Compass Group, Design Engineering caught up with Avidbots’ co-founders Pablo Molina and Faizan Sheikh to discuss the development of the Neo Floor Scrubbing Robot and plans for the future.

“The epistemological definition of néos, is “new” in Greek. It’s a name indicative of a company dedicated to always improving a product based on evolving feedback”, writes Devin Jones.

The feature highlights numerous ways in which Neo can be adapted to operate effectively in a wide variety of environments, from industrial locations to education establishments to retail malls and transit hubs.

“One of the more interesting aspects of the Neo is its ability to adapt to the environment it finds itself in. For example, Molina says Neo can be modified to work in an industrial setting so it slows down at intersections. The machine can be fitted with additional sensors that track fast-moving objects like forklifts. The addition of a blue light attached to the front of a Neo would help track the machine from a distance,” explains Devin Jones.

To read the article in full, head over to Design Engineering.